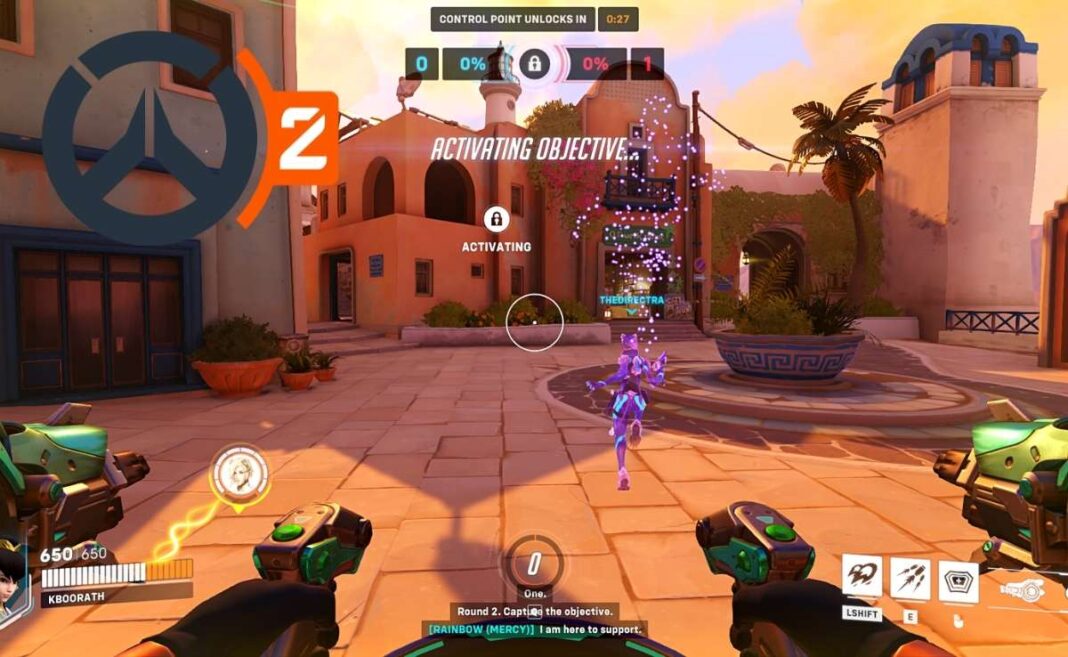 Blizzard has provided a tonne more information about the measures it is taking to combat the problem of smurfs and toxic players in Overwatch 2 while ensuring a seamless onramp for new players. The changes are generally rather sound.

A good technique to ease new players into the pandemonium appears to be the onboarding procedure. Some players, particularly those who maintain alt accounts for various reasons, may take issue with the obligation to add a cell phone number to your Battle.net account.

You would need to figure out how to have a different phone number for each other account. Pre-paid or VIP numbers, according to Blizzard, won’t be accepted. Perhaps a friendly roommate or family member would be willing to lend you their phone number.

Otherwise, you might not be able to transfer the Overwatch League tokens, cosmetics, progress, and accomplishments from your other accounts to your main account.

I inquired if there was a way to combine such items between accounts on the same platform when I met with Overwatch developers about the Defense Matrix program (say, from one PC account to another).

Given what we’ve heard about account merging, that shouldn’t come as a surprise, but those who are only now discovering the phone number need could find it disappointing nonetheless. The developers did, nevertheless, provide a very logical justification for the adjustment.

“In the past, accounts were linked to a box price, so there was some form of investment from a player into an account in order to receive it,” Warnecke explained. “With the introduction of free-to-play with the release of Overwatch 2, the initial box price is gone.

The main concept of SMS Protect is to make an investment on behalf of the account owner and to impose some limits or limitations on the creation of accounts. There are no exceptions or any types of loopholes in the system.

“Having numerous accounts was very understandable for players. The integrity and benefit of introducing SMS Protect universally would be compromised by making that a loophole.

The Overwatch team assessed the benefits and drawbacks of SMS Protect’s effect on multiple-account users who always play fairly. However, they came to the conclusion that it was more crucial to have a strong defense against cheats and trolls.

When using several accounts, SMS Protect can have a negative effect on a person who is completely honest and has no intention of cheating, according to Warnecke. “This is a hurdle for a real player. We gave it a lot of thought and considered it carefully when we talked about including this function.

“SMS Protect focuses a little bit on the bad guys and players who are willing to employ cheats and possibly are willing to cycle through many, many accounts,” says the author.

We actively look for users who play in an unusual way, behave in a distinctive way, or are picked up by the cheat fingerprints we may create.

However, no amount of detection will be able to prevent us from keeping bad players out of the game if that player’s account is banned and they can simply return with a new account right away.

For those gamers, we must somewhat increase the cost of their willingness to cheat. In comparison to Overwatch 1, losing an account has a much heavier punishment.

The Defense Matrix defenses are primarily focused on “trying to make it inconvenient for those who use hacks but also to make it more expensive and uneconomical to develop these cheats,” as Overwatch principal designer Scott Mercer described it.

The majority of the Overwatch community, in my opinion, can support that. Unfortunately, many trustworthy players who have several accounts may suffer as a result.

The blog post lists several additional in-game elements that the Overwatch team is updating in preparation for the release of Overwatch 2:

Do you need a phone number to play overwatch?

Will Overwatch 2 be free if you have overwatch?

How many players is overwatch multiplayer?

When can I play Overwatch 2?

Will Overwatch 2 have gold guns?

Prorobux.com – Free Ways To Get Robux On Roblox Gamers

What Is Wpc2027? How To Login? Everything You Need To Know

How to Play Rummy: A Beginners Guide to Playing Rummy

What Is Wpc2027? How To Login? Everything You Need To Know