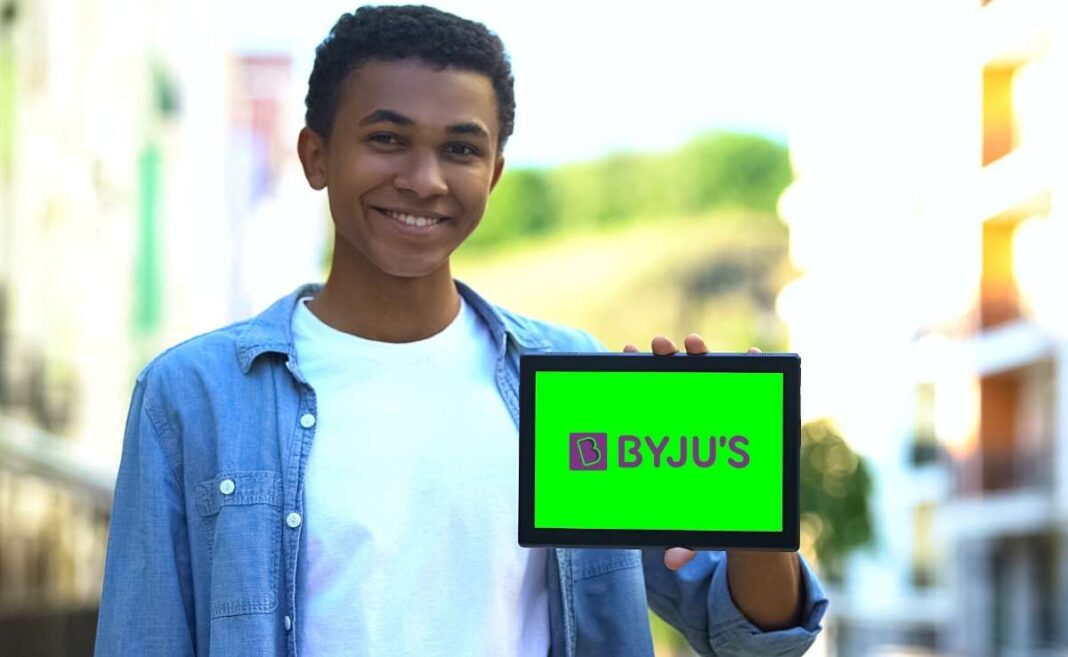 The founder and CEO of Byju‘s, Byju Raveendran, is reportedly in talks with a number of local and international banks to obtain a $400 million loan to finance 50% of the $800 million (about Rs 6,000 crore) fundraising round of the edtech giant.

According to persons familiar with the situation, Sumeru Ventures, Vitruvian Partners, and BlackRock also invested in this $800 million round, raising the Bengaluru-based company’s worth to approximately $22 billion from $18 billion before.

“Raveendran is in talks to raise $400 million as a loan against shares with a number of domestic and international banks.  The founder leading the investment round and telling the current investors to “not worry about the valuation” are both confidence-boosting measures.

The most valuable edtech company in the world, Byju’s, is concentrating on growing its clientele internationally and considering other acquisitions. 150 million people worldwide are learning it.

Churchill Capital and the corporation are in discussions about raising $4 billion so that they can go public through special-purpose acquisition companies (SPACs). If the transaction is successful, its valuation may more than double to around $48 billion, according to sources.

In October of the previous year, Byju’s raised over $300 million as part of a larger round of further funding from investors like Oxshott and Edelweiss Private Trust. Byju’s surpassed Paytm’s $16 billion valuation in June 2021 to become India’s most valuable unicorn, which subsequently underwent an IPO (IPO).

Future Planning And Goals Of Byju’s

The sources claim that Byju intends to go public this year in the US. India, though, is also a viable choice. It might list first in the US and second in India, or the other way around.

According to those with knowledge of the situation, the company projects $3 billion in sales for the coming year. About $1.5 billion in revenues had already been reached.

Not just Byju Raveendran, but other tech entrepreneurs have also obtained loans to support their own businesses. In 2019, Ritesh Agarwal, the founder, and CEO of OYO Hotels and Homes received a $2 billion loan from Japan-based banks Nomura and Mizuho.

Agarwal would spend $2 billion on the hotel firm, according to OYO Hotels and Homes.  His financial partners and international institutional banks supported him in a $2 billion primary and secondary management investment round, which was still pending regulatory and shareholder clearances.

The business asserted that its strong growth, increased revenues, and excellent improvements in customer experience were the driving forces behind this choice.

As a result, it was one of the first corporate purchases in the global hotel and technology sectors to be run by creators and executives.

Early investors in OYO, Lightspeed Venture Partners, and Sequoia India were selling a portion of their interests to support the founder in increasing his stake and thereby commitment while continuing to make sizable commitments to the company’s long-term goals.

Byju’s pricing has come under fire because they are only affordable by the wealthy. According to former salespeople, the company pressures parents who can’t afford its products to acquire them.

A $20 million slander lawsuit was brought by Byju against Pradeep Poonia. Later, they dropped the complaint.

The mobility platform Ola, which was planning to go public, had successfully collected $500 million via a Term Loan B (TLB) from renowned international institutional investors.

The Bhavish Aggarwal-led Ola reported that investors responded to the proposed loan offering with astounding enthusiasm, pledging a total of about $1.5 billion in interest and commitment.

With a term loan, borrowers receive a one-time payment in exchange for certain borrowing conditions.