The Last Stand Of The Movies At The Box Office: AMC’s Dine-in Theatres, In Fort Lauderdale? 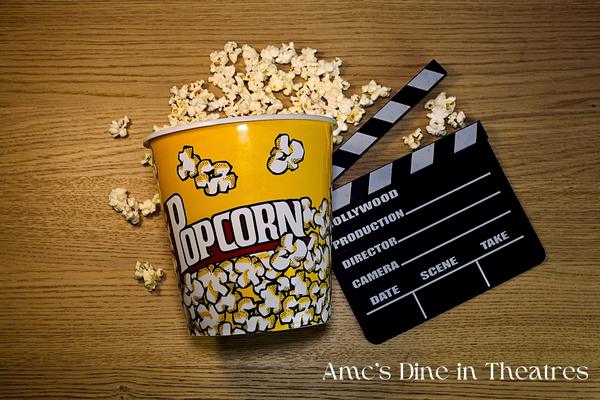 AMC’s Dine-In Theater,  In Fort Lauderdale, aims to revolutionize the movie-going experience and offer in-theater food, beverages, and waitress assistance from your seat.

Is the movie theater still relevant in the age of On-Demand online streaming and low-cost, high-definition entertainment equipment?

According to Igor Shteyrenberg, “Movies fill a void for us that we have right now in our souls. It truly can improve our lives, heal us, and open our eyes to things we otherwise wouldn’t notice.”

We’ve all been socially avoiding each other for so long—so many months—that we’re all going mad, Shteyrenberg claims. “This is a safe method to bring folks outside, give them an outdoor experience, give them something to do, and give them a sense of community.

The 10-screen AMC Coral Ridge in Fort Lauderdale, which had only 20 employees before its multimillion-dollar restoration, will reopen Friday with 225 personnel. Moviegoers can now order food and enjoy it while watching a movie at the theater at 3401 N.E. 26th Ave.

At AMC Coral Ridge, all 10 auditoriums have modern seats with built-in tables. The two types of theaters available to moviegoers are Cinema Suites and Fork & Screen auditoriums.

Movie tickets cost $12.50 per person, and Cinema Suites are available to those who are 18 and older. Although the tickets are more expensive, there are reclining seats and up to 9 feet between each row. The auditoriums of Fork & Screen charge $10 for each movie ticket.

AMC’s director of public relations, Ryan Noonan, stated that during movie previews, servers accept orders and that food should be served in 10 to 15 minutes. After the film has begun, moviegoers can summon a server by pressing the call button that is fixed to each seat.

They also provide movies and popcorn, which are an implacable combination. The two have appeared to be inseparable for years, much like peanut butter and jelly.

Along with seasonal cuisine, the theater serves over 60 dishes, 22 wines, and 22 specialty cocktails. Popcorn, sweets, and kids’ meals are available as meals with prices ranging from $3.75 to $15.99.

Despite having a menu that is the same as that at the other 14 AMC Dine-In Theaters, many of the meals are at AMC Coral Ridge.

according to head chef Brittany Kerckhoff, use locally sourced ingredients. At the theater in Fort Lauderdale, she oversees roughly 40 chefs.

4,945 screens are owned by AMC Theaters (NYSE: AMC), which operates over 341 locations countrywide.

What Is IFvod TV? Know About Its Features, Installation Process & More